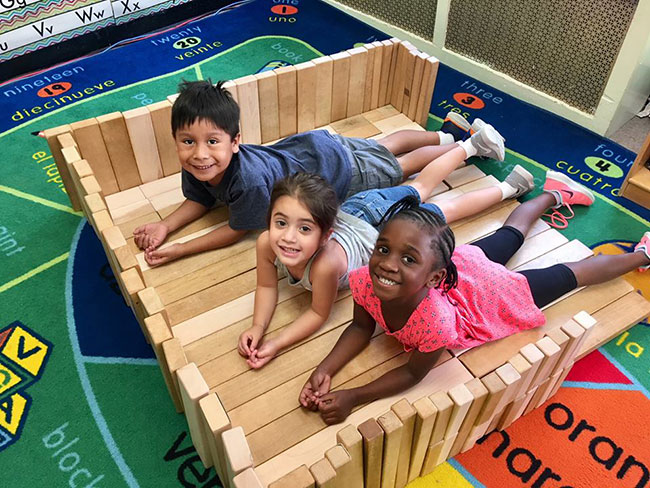 The Mission of Montclair Child Development Center, Inc. is to provide successful encounters that will embrace the child, empower the family and strengthen the community.

The Montclair Child Development Center (MCDC), founded in 1968, is a private, non-profit Head Start (HS) and Early Head Start (EHS) program dedicated to the healthy cognitive, physical and social-emotional development of infants, toddlers, and preschoolers. MCDC is woven into the fabric of the communities of Montclair, West Orange, Orange, Belleville and Bloomfield, New Jersey as a result of 50 years of dedication to achieving school readiness, positive family relationships and health outcomes for the neediest children and families.

MCDC began in 1968 with $150,000 in funding for 75 HS children formerly served by Essex County via the Montclair Board of Education. MCDC submitted its first successful HS application in 1969. MCDC acquired its first building in 1972 and expanded enrollment to 85. In 1978, MCDC was named a Grantee Delegate as a result of a structural merger between the Montclair and Orange School Districts, further evidence of our proven accomplishments and demonstrated capacity. New space was strategically located in the center of City of Orange Township, an area with the greatest identified need. Growth continued during the 1980s, but the period between 1996 and 1999 brought unprecedented expansion in response to the community’s increasing demand for HS, prenatal and infant/toddler services. Center operations expanded dramatically as MCDC acquired new buildings, added geographical service areas and developed new programs, including our first EHS program. By 1999, we had expanded services to West Orange and Bloomfield with a total enrollment of 477 children and pregnant women. Today, MCDC operates 31 classrooms serving 5 municipalities with a staff of more than 100 serving and a total enrollment of 490 children.

MCDC is proud to have created a culture of learning for children and adults with a cadre of well trained professional and lay staff capable of sustaining expansion while maintaining quality. Over the years we have served and graduated approximately 10,000 children and families who have been quite successful, some have gone on becoming doctors, dentists, lawyers, clergy, educators, business owners, and professionals.